Robert "Bob" Chilcott (born 9 April 1955) is a British choral composer, conductor, and singer, based in Oxford, England. Born in Plymouth, he sang in the Choir of King's College, Cambridge, both as a boy and as a university student, notable achievements including singing "Pie Jesu" on the renowned 1967 King's recording of Gabriel Fauré's Requiem.

CHILCOTT- Please click here to view everything we stock 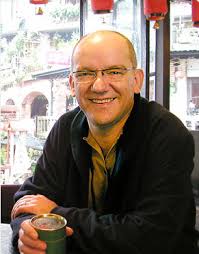 Since 2005, his arrangements of three traditional songs from the British Isles ("Ar Hyd y Nos," "The Skye Boat Song," and "Londonderry Air") have been incorporated into the Last Night of the Proms as part of Fantasia on British Sea Songs, originally orchestrated by Sir Henry Wood.

In the Choral Festival after Hurricane Katrina in June 2007, Chilcott wrote the piece "This Day", a song that combined five poems into an 11-minute, 21-page song. The world premiere was on June 25, 2007, at the St. Louis Cathedral in New Orleans. Two-hundred ten singers from around the country sang the piece.

Of his larger works, The Making of the Drum, a cantata for choir and percussion, has been extensively performed by choirs including the BBC Singers, the Tower New Zealand Youth Choir, the Chamber Choir of Europe], and the Taipei Chamber Singers. In 1999 the Finnish choir Grex Musicus, conducted by Marjukka Riihimäki, released The Making of the Drum, an album of music for mixed choir by Chilcott.

His two larger sacred works, Jubilate and Canticles of Light, have also been performed extensively.

As a conductor Chilcott has worked extensively with choirs and festivals throughout the world. For seven years he was conductor of the chorus at the Royal College of Music in London. He is Principal Guest Conductor of the BBC Singers, with whom he works regularly in studio recordings and concerts. He has also guest conducted the RIAS Kammerchor in Berlin and the Elmer Iseler Singers in Toronto. He has twice been featured conductor for the youth project at Festival 500 in Newfoundland and has conducted at festivals throughout Canada and the United States, including The World of Children's Choirs in Vancouver and the Niagara and Toronto International Choral Festivals. In 2003 Chilcott was the first non-American conductor to conduct a National Honor Choir for the American Choral Directors Association, which he did in New York City.

He has been a featured conductor for Europa Cantat in Sweden, Germany and Belgium, and in 2005 he conducted for the first time at the renowned Dartington International Music Festival in Britain. He has also been a featured conductor for the Japan Choral Association, and in 2004 he was the first foreign conductor to conduct at the Song Festival in Tallinn, Estonia. In the winter of 2006, Chilcott conducted the World Youth Choir in a tour of Western Europe. Chilcott also conducted the ninth annual Maryland State Boychoir Baltimore Boychoir Festival, the last remaining annual boychoir festival in America, in May 2008.


Click here to view all items related to Bob Chilcott.