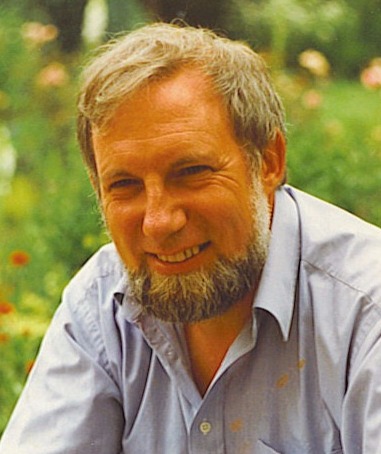 Lloyd began singing in his local church choir at the age of 7, and since then has sung with both large choral societies and small chamber choirs.  He has also sung in many of the country’s concert halls and cathedrals and performed at the BBC Proms

He was a senior studio manager at the BBC where he was responsible for hundreds of radio programmes  - both as engineer and producer – and was one of the staff in the BBC Radiophonic Workshop.

Lloyd eventually became a lecturer at the BBC Training School at Evesham, and it was while he was there that he and Martin Muncaster formulated ChoraLine.

ChoraLine.   Why not sung?  Why not piano?

We are often asked … and so thought it best to put this to Lloyd Silverthorne who conceived and created ChoraLine recordings:

Many works (one thinks of the Brahms Requiem, Elijah, the Bach Passions, Creation) are sung in translation - so which language would you use for ChoraLine?

So not having words makes ChoraLine usable whatever language / translation you use.

When we began, we thought of using voices, (it would certainly have been a lot easier!) but on the initial trials singers said this was how they rehearsed with their choir anyway, what they wanted was to hear the NOTES clearly.

Also, when conductors wanted to go over a section for a particular voice part, they got the accompanist to PLAY that section, highlighting that voice part.  It was said that it was easier to hear the notes clearly if they were played rather than sung.  So we played them.  Also, singers said that they could read the words for themselves - the words were not the problem, it was the notes they wished to focus on.

Musical directors also indicated VERY early on, that it was THEIR job to provide interpretation, and a sung ChoraLine , however 'neutral' it tried to be, would inevitably imply a 'performance' with which a conductor would not necessarily agree.

As to the piano - we could have used that, but firstly, piano notes don't sustain very much (so long notes would die away very quickly). Not very useful!  Second, ChoraLine  plays all the parts together, so that singers can hear the harmonies and 'meld' with the other voice parts - though of course the 'target' voice (S,A,T or B) is highlighted significantly.  If all the voices were played on the piano, not only would they not sustain, but playing more than one voice at a time would be very confusing as they would all sound the same.

One of the USPs of ChoraLine is that when singing with it, the singer is aware of what the other parts are doing.  When we began, we looked at how other rehearsal recordings were made, and the most successful (from the users point of view) were Humberside Barbershop rehearsal recordings.  Hull University (I think it was) had done a load of trials with them, and apparently the most successful format was to use a different orchestral instrument for each voice part.  So we built ChoraLine on the back of that research.  We used the same instrumentation they had developed, except for the Bass, where initially we had used a bass clarinet, but soon found that the bassoon gave a clearer sound.

Also, by putting the target voice on one channel (the right hand one in our case) helped separate the voices even more.  This meant that users could - if they had a left-right balance control - highlight THEIR part more (or less) to taste.  Or if they were using headphones, listen only through the right hand earphone to get the clearest separation of their part. (Or stand nearer the right hand loudspeaker!!)

We tried putting the accompaniments on the piano - and in fact, some ChoraLines DO use piano accompaniment, but in performance, most choirs use the organ or orchestra. Also, singers get used to hearing a piano accompaniment during rehearsals, and it is only when it comes to the performance that they are suddenly confronted with an organ or an orchestra.  So to best prepare singers for this sudden change, we generally used an organ for the accompaniments.  Occasionally (as with 'The Armed Man' and the Monteverdi 'Vespers' for example) we augment the organ with orchestras (or parts thereof - like trumpets, drums or strings).

So, from the comprehensive experience and research of other producers as well as our own, we found there were a number of drawbacks with using ‘sung’ parts and ‘piano’ accompaniment.  Also, using relevant instruments for the four voice parts gave the clearest indication of notes.

Finally, as choral singers ourselves, we realised that users could easily get lost.  So right from day one we inserted verbal 'signposts' to indicate exactly where we were in the music.  These are usually in the form of bar numbers, but rehearsal letters are also used where appropriate.  At the same time, we used verbal clues to 'bring in' a voice in a similar fashion to the way a conductor would do so visually.  This is done with the word 'and' - suitably inflected to match the music.

So a great deal of care, experimentation and research went into making sure that ChoraLine gave the most help to the largest number of singers - irrespective of the fact that it made the product more difficult and expensive to produce.  The fact that it has become a world leader in its field is confirmation of this.”