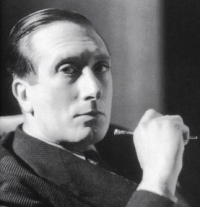 The OUP edition of Walton's Coronation Te Deum is for SATB

For a while in late 1943, Walton had been engaged on setting the Te Deum for the first night of the Proms in 1944. But delays in working on Lawrence Olivier's film of Henry V caused him to jettison the commission. He returned to this text in November 1952, following a detailed meeting at Westminster Abbey on 16 September with Sir William McKie, the Abbey's Organist and Music Director for the coronation. On 28 November, he wrote to his librettist for Troilus and Cressida, Christopher Hassall:
'I've got cracking on the Te Deum. You will like it, I think, and I hope he will too ['he' presumably being God]. Lots of counter-tenors and little boys Holy-holying, not to mention all the Queen's Trumpeters and sidedrum.'
In December he wrote to McKie:
'Though I hesitate to hazard an opinion when I am so near to a work, I think it is going to be rather splendid. I have made use of the extra brass, but arranged it so that it can be dispensed with, if unpractical for any reason. There is quite an important and indispensable organ part!'.
And right at the end of 1952, on 29 December, another of Walton's detailed exchanges with Hassall about the Troilus libretto digressed briefly again about his two coronation commissions:
'After a spot of bother with the "Virgin’s Womb" (the kind of trouble I always seem to get into – don't tell the Archbishop!) the Te Deum is complete and both full and piano scores dispatched. Quite a lot of work. It is not too bad for an occasional piece and should be right for the ceremony. The March [Orb and Sceptre] is under way but not too bright as yet'.
The Te Deum is indeed 'rather splendid'; unlike Walton's other small-scale choral works to date, it has a boldness and grandeur that borrows easily from Belshazzar's Feast (Adrian Boult was shocked by its 'pagan' quality). It is a choral incarnation of Walton in 'pomp and circumstance' mode, and with its episodic sections of contrasting tuttis and semi-choruses, it set the pattern that the composer would follow in his subsequent choral settings, such as The Twelve, the Jubilate and the Magnificat.