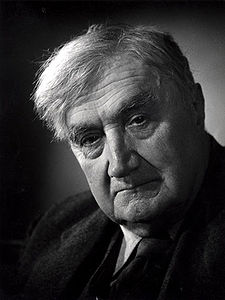 The Five Mystical Songs are a composition by Ralph Vaughan Williams, written between 1906 and 1911. The work sets four poems by George Herbert, from his 1633 collection The Temple: Sacred Poems.

The most popular vocal score for Vaughan Williams' Five Mystical Songs is shown below.

The Five Mystical Songs are a composition by Ralph Vaughan Williams, written between 1906 and 1911. The work sets four poems by George Herbert, from his 1633 collection The Temple: Sacred Poems. While Herbert was a priest, Vaughan Williams himself was an agnostic, which did not prevent his setting of verse of an overtly religious inspiration. The work received its first performance on 14 September 1911, at the Three Choirs Festival in Worcester, with Vaughan Williams conducting.

Like Herbert's simple verse, the songs are fairly direct, but have the same intrinsic spirituality as the original text. They were supposed to be performed together, as a single work, but the styles of each vary quite significantly. The first four songs are quite personal meditations in which the soloist takes a key role, particularly in the third - Love Bade Me Welcome, where the chorus has a wholly supporting role (quietly and wordlessly singing the plainsong melody O Sacrum Convivium), and the fourth, The Call, in which the chorus does not feature at all. The final Antiphon is probably the most different of all: a triumphant hymn of praise sung only by the chorus. It is also sometimes performed on its own, as a church anthem for choir and organ: "Let all the world in every corner sing".